Rachel recently concluded a string of rooftop performances at some of Nashville’s cosmopolitan, residential towers during her “Sunset Sessions” series.  “These were private pop-up concerts with just me and a keyboard playing for a small audience in what amounts to their backyard on a rooftop,” Wammack explained. “These sets have been really personal for me and reminded me of when I played ‘house shows’ with friends in Muscle Shoals. We didn’t set an exact time limit for the sessions, so I could the tell stories behind the songs and banter and laugh with the audience a little more than usual. The time I spent meeting people one-on-one was a highlight for me in terms of making friends and sharing my new music.”   The series began in June and concluded July 25 at The Cleo East Nashville with stops at some of Music City’s most popular residential venues including The Solis North Gulch, The Gossett, 12 South Apartments, and Capitol View. Designed to be small and intimate, a handful of media partners covered the series including NKD Magazine, One Country, and Sounds Like Nashville. 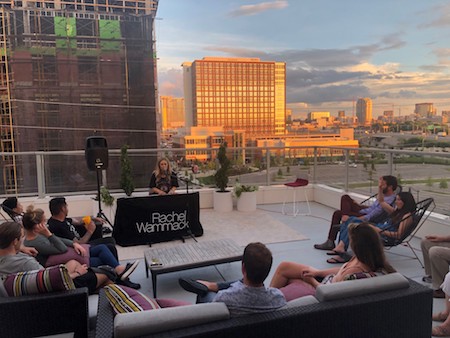 Singled out by Sounds Like Nashville as a “much needed female voice,” Wammack recently released the deeply personal “Something People Say.” Wammack co-wrote the thought-provoking song with Sam Ellis and Derrick Southerland mixing her personal and artistic growth alongside an “empowered posture” (NPR). Listen HERE.

After performing at several festivals this summer, including LakeShake and Faster Horses, Wammack will be heading overseas in October as part of CMA’s “Introducing Nashville.” The fall European and UK tour introduces foreign audiences to the format’s rising singer/songwriters with stops in Oslo, Stockholm, Berlin, Amsterdam, Glasgow, London, and more.     After writing her autobiographical debut single “Damage,” Wammack continues to evolve, crafting introspective, relatable lyrics including “Something People Say” and “Enough.” The music reflects a new chapter for Wammack, who recently became engaged to her long-time beau Noah Purcell. With major life and career changes ahead, Wammack continues to navigate her own path in the genre by showcasing “contemporary country in ways that should prove amenable to radio” (Entertainment Weekly). 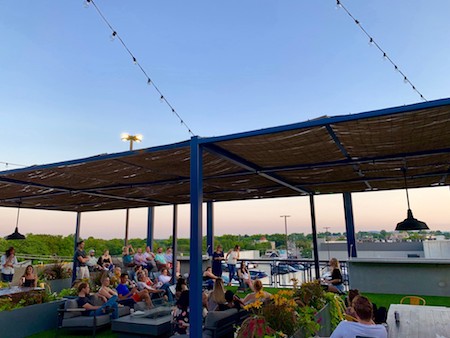 Be the first to hear about new music from Rachel. Sign up for her email list now.