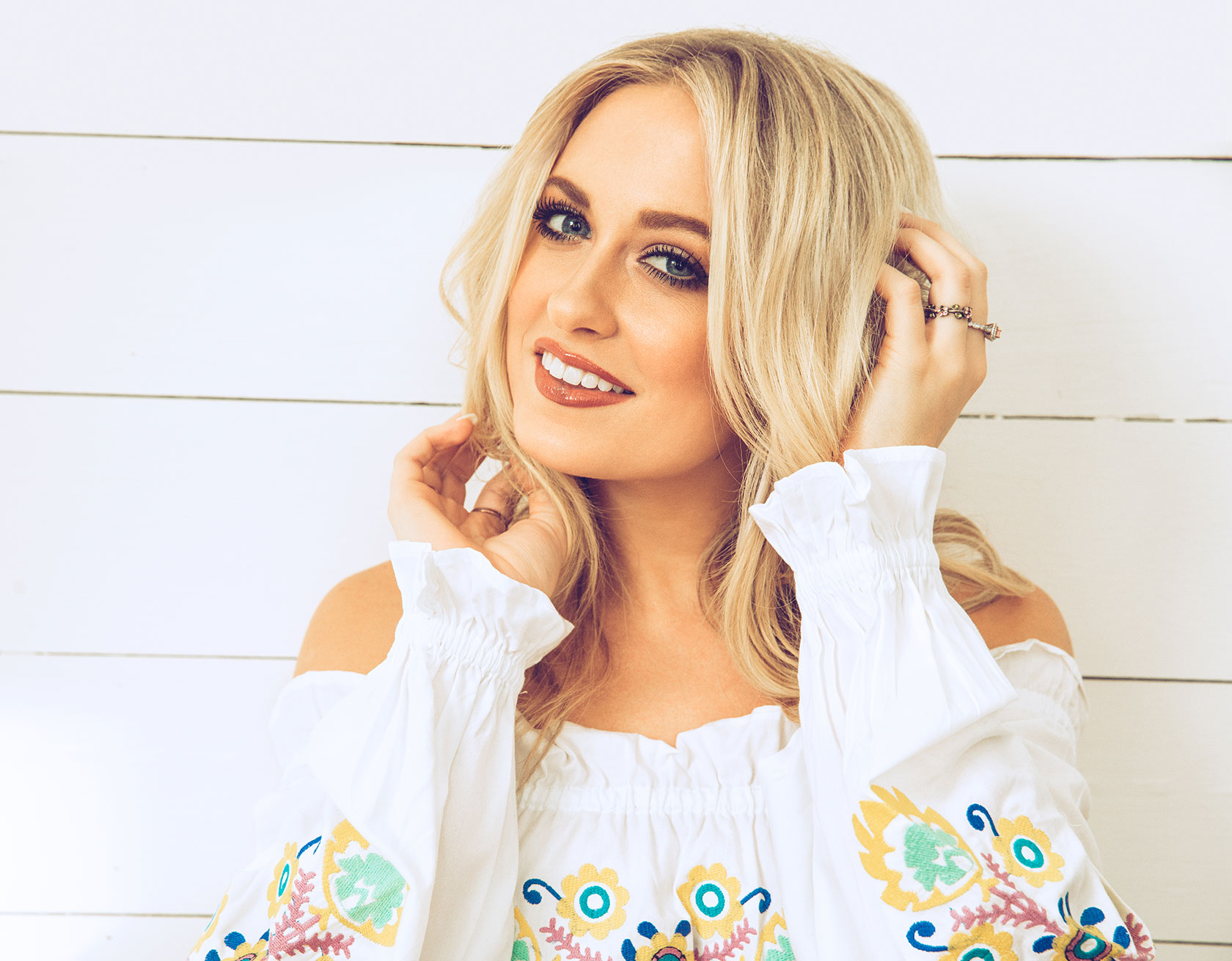 Rachel Wammack is a modern-day take on an old-school discovery.

Instead of a Sunset Strip soda fountain, Wammack was a high-school senior when she caught the attention of acclaimed Sony Music Nashville Executive Vice President of A&R Jim Catino, while she was singing and playing piano in a revolving restaurant above Florence, Ala.

A gifted musician with a confident soprano that conveyed sincerity and charisma, Catino was intrigued by her older-than-her-years original songs peppered among a list of predictable covers by Adele, Norah Jones, Carole King, Alicia Keys, Sara Bareilles, and even Bruno Mars.

The unassuming A&R executive, who has guided the careers of Country hitmakers including Carrie Underwood, Miranda Lambert, and Maren Morris saw potential and offered her a business card and a promise to help if she ever wanted to pursue a career in Nashville. Wammack was skeptical, but she kept the card, did some sleuthing, and with her parents blessing Wammack and her father met Catino in Nashville. It was a meeting that spurred a five-year bond that resulted in Wammack’s debut EP on RCA Records Nashville.

Graced with authentic Southern charm and influenced by the rich musical history of her hometown of Muscle Shoals – the recording hub for Aretha Franklin, Rolling Stones, Otis Redding, Lynyrd Skynyrd, and Etta James – Wammack grew up playing piano and writing songs from the time she was in middle school. A marimba player in the high school percussion ensemble and a regular fixture at any restaurant where she could carve out a space for her bench and keyboard, Wammack even worked with FAME Studio producer/writer Rick Hall, but a future in the music business wasn’t top of mind – even after meeting Catino.

A patient and practiced observer with a firm grasp of what works for her – she sincerely regards it as her gift of discernment – Wammack initially bypassed Music City for college. After exploring five different majors, she eventually graduated with a degree in Professional Writing at the University of North Alabama, before moving 130 miles north to Nashville. She spent her college years becoming a better songwriter, performing everywhere she could, and every few months she would send songs to Catino, who continued to offer advice and encouragement.

“I just fell in love with it,” Wammack said of writing. “I chose Professional Writing and it was cool because they had a lot of analyzing literature, they had a lot of poetry and nonfiction that I really liked taking and a lot of the of the linguistics and syntax classes I really liked. Just learning how to put a sentence together, which sounds so nerdy, but that’s what I do now as a songwriter.”

The path was longer, but Wammack felt the added time was valuable in helping her define herself as a songwriter and performer with something meaningful to say.

“You have to trust what is driving you inside and believe that no matter what, as long as you did what you think is right, that is 100 percent all that matters,” she said. “And at the end of the day it’s not success that defines us, and it’s not likes or followers that defines us. I think it’s how we impact people that defines us, whether that’s onstage or offstage. That’s what’s going to keep you grounded. Honestly, in the past six months, I’ve grown into believing in myself, finally. I’ve always been a dreamer, but I finally believe that I can do what I’m meant to be doing.”

After moving to Nashville, Wammack quickly had seven publishing offers. She wrote every chance she could and paid the bills bartending at a local Marriott hotel. She wasn’t a great bartender, but she had a real knack with people and she parlayed that experience into her first single “Damage,” which she wrote with hit heavyweights Tom Douglas and David Hodges.

“I became such a therapist,” she said of the experience serving drinks and emotional support to customers. “I really did. I learned how to love people.”

Wammack co-wrote all four songs on the EP, which was helmed by award-winning producer Dann Huff, including the powerful and deeply personal “Hard to Believe,” “Closure,” and “My Boyfriend Doesn’t Speak for Me Anymore,” an empowering female anthem about reclaiming your truth.

Since the 2018 EP release and the debut of her autobiographical single “Damage,” Wammack has released “Enough” and “Something People Say,” to rave reviews including Music Row (“This lady continue to impress with every note she sings”) and HITS, which opined, “Like Tammy Wynette, Carole King, Grace Potter, or Adele, Wammack has the ability to take life by the throat and empathetically deliver the emotional truth in people’s crisis points.”

Wammack was selected for CMA’s “Introducing Nashville” series, a fall European and U.K. tour that introduces foreign audiences to the format’s rising singer/songwriters with concerts in Oslo, Stockholm, Berlin, Amsterdam, Glasgow, London, and more. She also joined the current class of CMT’s “Next Women in Country,” Bobby Bones’ “Class of 2019” and was selected for Rolling Stone, NPR and Amazon’s “Best Music of 2018 List.” Wammack was the only artist in the genre selected for Entertainment Weekly’s “2019 Artists to Watch” list along with other praise from AOL, Pandora, Music Row, Pop Culture, Sounds Like Nashville, Wide Open Country, and more

After earning a standing ovation during her debut at the Grand Ole Opry Wammack has taken that momentum on the road opening for Reba and Brett Young’s “CMT on Tour: Here Tonight” and making appearances at some of Country music’s biggest festivals including Stagecoach, Tortuga Music Festival, CMA Music Festival, and Country LakeShake.

For someone who appears sunny and optimistic, it’s hard to picture the deeper well that is the source of her musical inspiration.

“I’m the friend who is going to say, ‘Let’s talk about this. Whatever’s going on in your life, let’s unpack it.’ So, I’m not really afraid to be honest and get down to business. The matters of the heart, I believe, are the most important things in the world, and I think a lot of people disregard that – and their own hearts. I’ve been in a place like that before, where I was hurting so much that I was numb and uncomfortable, but I would always tell myself to unpack my heart and be honest with myself. It’s very freeing.”

Wammack continues to put a microscope on those human emotions as she mixes her personal and artistic growth alongside an “empowered posture” (NPR), which first caught the attention of fans and critics. She recently wed her long-time boyfriend, Noah Purcell, and she continues to steadily forge her own path in the genre by showcasing “contemporary country in ways that should prove amenable to radio” (Entertainment Weekly).

She believes that careers are built on songs that last by touching that emotional core: “I’m so blessed that I get to turn messy things into really beautiful things,” she said.

Be the first to hear about new music from Rachel. Sign up for her email list now.